Open and Ready for Business

I had a vacation planned for Turks and Caicos in November way before there was any talk of hurricane Irma. I watched the weather closely to see if my vacation was going to be possible. As my husband and I watched the weather and news and saw the severity of the storms, we were scared, really scared. We were scared for the locals who call Turks and Caicos home, we were selfishly scared that our favorite vacation spot was going to be wiped away and take years to recover. We were also scared that perhaps it would not be the same as before.

After the hurricane, we spoke to a friend who is a local and lives on the island. He assured us that we were safe to keep our reservations. So, without hesitation, we went.

Flying into Turks and Caicos

Our vacation started off a little rocky. We had a layover in Atlanta and our short layover turned into a long one due to a jet fuel spill right next to our plane. The pilot told us (while the fuel was shooting into the air) that this was the first time he had even seen anything like this in his 30 years. We thought to ourselves…wow…what some luck we have. That particular end of the airport was evacuated and we had to change planes. We were supposed to land in Providenciales around noon and instead it was almost 5 pm.

Flying into Turks and Caicos was just as magical as always and maybe more. I say maybe more because we were relieved to see that beautiful water from the sky. We were still not quite sure what to expect to see after a major hurricane. After landing, we got off of the plane and honestly could not tell that just a month before the airport was flooded and closed for business.

As we drove from the airport to our hotel, we could see some damage, but nothing like you would imagine. There were some trees down and some roof tiles off. Here and there we saw a little more extensive damage, but nothing that would hinder your vacation. From just riding down the road and looking, it seemed as though The Alexandra had the most damage of any other hotel. There were also some other resorts that had roof damage and landscape damage. We visited a couple of resorts and the majority of what we saw was damage to landscaping.

We arrived at The Sands and were greeted with friendly faces and smiles. Everyone was so pleasant and you would have never known what they had all just went through not that long ago. After checking in we made our way to the room and looked at our phones to realize the time on our phones was wrong…or so we thought. We had to call the front desk to figure out the time. This was our first time to Turks and Caicos in November and didn’t even think about the fact that they do not observe daylight savings. Therefore, they were two hours ahead instead of one as we were use to. So, once we figured out the time (and that our phones were correct)…we got dressed and went to dinner.

We did not have not one issue with any restaurant we went to. There were a few that were still closed (but opening soon) to finish renovations. My biggest fear was that Coco Bistro would not be the same. You think…a hurricane plus an outdoor (mostly) restaurant plus lots of trees = scary. Anyway…they did lose some trees but Steven at Coco Bistro explained they had replaced the trees and even added more. Coco Bistro is as beautiful as ever and the food is just as good as ever. We ate there twice during our trip and had our favorite bar tender and waiter.

We even tried Turks Kebab (recommended by a friend/local). It is a crabby little run down hut type place that you wouldn’t expect to be good…but it was. You would think a place like that would be the first to go during a hurricane…but it made it through. The restaurants were surprising pretty full while we were there. Actually, everywhere was the most crowded we had ever seen.

How is Grace Bay Beach? I know this is a question so many are dying to ask. I know I wanted to know. Let me just say, you would really not know a hurricane came through by looking at the beach. Unfortunately, we had mostly cloudy weather with rain here and there. We did see some seaweed…which is not normal for Turks, but other than that everything was about normal. Oh, and there were some waves….the water was not as calm as normal, however, it had been cloudy and rainy.

Most days were pretty hot despite the cloudiness, but there were periods during the day that we were a bit chilly. During the “chilly” part of our days, we would just head to the hot tub for a while and then make our way back to the beach. We were told by a local that the weather had been more unpredictable since the hurricane and this weather was not the norm for November.

Everyone we spoke to that had been there for several days prior to us talked about how wonderful the weather and water had been. You can always pick the “newbies” to the island because they talk about how great the water really is. It made us feel good to know everything had been good for the newbies, but disappointed that the weather just happened to be cloudy and rainy for us. We joked that the day we had to leave everything would be “as normal.”

And the Day we Leave….

Turns out that was just the case. We got ready to leave and walked down to the beach and guess what…crystal clear, turquoise, calm water…the water that makes Turks and Caicos so WONDERFUL. We walked down the beach for as long as we could (and took way to many pictures) before heading to the airport.

It sucked that our weather was the way it was until our last day…but thankful we got a glimpse of it at its best before going home. It confirmed why we love it so much. We were also happy that the weather was clearing up. We made lots of new friends on this trip. They were all new to Turks and Caicos. We told them how great Grace Bay normally is…and finally they got to see it. I would never wish for anyone to go and not get to witness why Grace Bay is one of the best beaches in the word.

Soo….if you are back on forth about whether or not to go…I’m telling you now to GO!!! Yes, there are parts of the island that are still pretty bad and my heart hurts for those people. There are still some light lines down and severe damage to parts of the island. This is why we must GO.

They depend on tourism. The locals need us to keep coming and supporting. You will not be affected by the hurricane what so ever. Yeah..some palm trees may be missing some leaves…some of the landscaping may need some TLC…but not like you would think. The one thing that remains the same…the one thing we all go for…Grace Bay Beach. Sacrificing a few landscape issues during your vacation is minor compared to what they just went through…so go…you will not regret it.

Weather in November = rainy and cloudy for us…but locals say this is not the norm…a swimsuit is perfect during the day but the water is COLD. I didn’t wear a sweater or light jacket at dinner…which means it was comfortable because I’m always cold.

Damage after Irma? will not affect you…mostly landscaping damage in which they worked on the entire time we were there…trying to make perfect again!

The water…can you drink it? I did every night!!

Turks and Caicos after Hurricane Irma = GREAT…they will come out better than ever!! 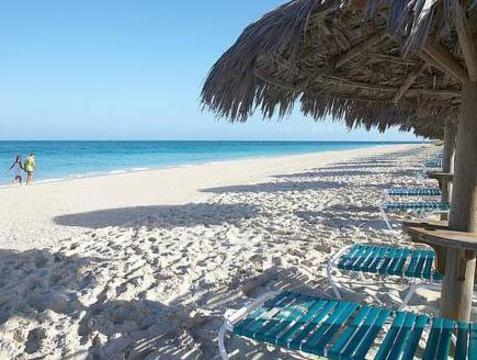 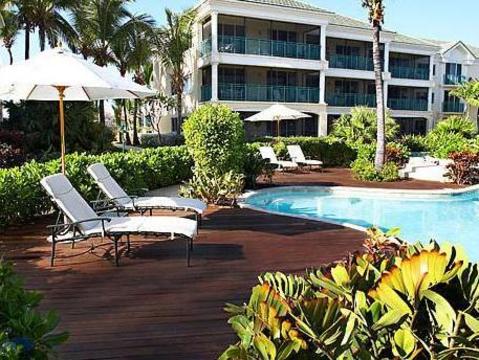 Breakfast in Turks and Caicos

Free Trip to Turks and Caicos

Crime in Turks and Caicos

Error: admin-ajax.php test was not successful. Some features may not be available.

Please visit this page to troubleshoot.